Our intention is to make you feel smart in class and keep this feeling with you for the rest of your life. You will never believe something so difficult can be so simple. There are two other ways to find out more. Firstly , read the students’ testimonials. They are genuine as they are linked to the Facebook account of the students. Secondly , our fees are not cheap. But we have the largest intake of Physics and Math IP and JC students in Singapore. 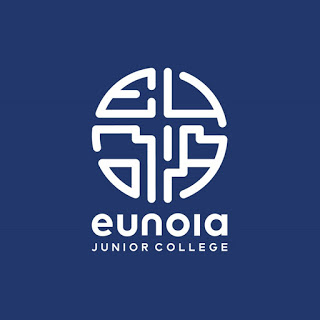 I feel like the lessons have improved my understanding of Physics and make me more interested in the subject and not be so fearful of it. The Friday class is small and hence improved the quality of the lessons tremendously. I will recommend my friends to join PMC.

The physics cafe combines a lecture and a tutorial together in 2 hours and provides great content as well as smart strategies to tackle questions.

I feel that the lessons in school are ineffective for me as I cannot comprehend what is being explained. The lessons by the Physics Cafe is highly effective and extremely motivational as it allows me to understand topics I never did in school. I have attended several digital lessons and it helps me a lot although it is just a video as the teacher explains every detail very clearly. I also enjoy the free drinks before class. I like how it is also very conducive and the location is very accessible! I joined right before my MYE for the crash course. Although lessons are great, I do not see a need to join even earlier since almost all the topics learnt during the earlier lessons are covered in the course. Yes, I would definitely recommend this centre since it is so effective.

Stepping into the Physics Cafe, the environment felt fairly similar to other popular tuition centres. The first impressions of the classroom were that of a packed and tense atmosphere with nicely sized notes that you could slip into your bag as easy as they slipped off the table during lessons. Never mind the packed classes and compact table space, never mind the weird two-tone walls that made it look like a hospital ward. The moment Mr Dave Sim steps into the room, it doesn’t take much to realise that the atmosphere changes. Every student, ones on their phones, ones chatting and especially the ones about to stand up for that last-minute restroom relief pauses for a moment to kick into gear for yet another lesson at the Physics Cafe. Every student other than the first timer that tucked himself into the corner of the class scrambling for his pencil case. And before that student dragged his pencil case from the depths of his bottomless drawstring bag, the lessons began. The intensity was of a whole different level, one that every student in that room immersed themselves in except for one. What followed that intensity felt like a magic show. One that made your eyes light up not for a flurry of tricks and sleights of hand, but for the fact the look that Mr Dave Sim had in his eyes. A look fuelled by an eagerness and tangible energy to teach. It was a breath-taking performance, literally, as I kept finding myself questioning how it was possible for him to keep up the energy and intensity without ever running out of breath. I’d never had imagined myself ever being so excited for the next 3-hour lesson (June Holiday Course) right after one just ended. I recall telling the friend that referred me here “He’s crazy good.” To put this long testimonial into a short and sweet conclusion, each lesson really is a magic show that keeps on giving, and making you excited for the next, with an adept magician and his pointer of a wand.

Mr Dave Sim makes lessons at The Physics Cafe very enjoyable with his liveliness and energy, and makes sure to explain new concepts in a manner that is easy to follow and understand. The concise notes and summaries have also helped me tremendously in my revision. 🙂

I joined PMC before the June holidays, and the lessons at PMC have been extremely helpful in helping me understand the newer topics in JC and they have taught me how to tackle various types of questions. The intensive workshops to help us prepare for our mid-year examinations and promotional examinations were also very well-structured to ensure that we had a good grasp of all the topics that were being tested and that we were able to answer all the commonly-asked questions for each topic. The free drinks and snacks were a great addition to the lessons too! A huge thank you to the tutors for always doing their best to explain each concept as thoroughly as they could to us until we understood, and patiently answering all our queries after lessons 🙂

I feel that PMC has really made me enjoy doing physics more and I would really look forward to going tuition every week. The way lessons are being taught makes learning very systematic and easier for me because it lists down all possible types of questions. This allows me to see physics in a big picture rather than each individual topic. The environment of the centre as well as the lesson atmosphere make physics more than just a subject to study and score well in but more as an interest.

What I love about lessons at PMC is how productive and intellectually stimulating the lessons are! I felt challenged and stretched to my fullest potential every lesson and this made me work my brain in class and not just sit there trying to absorb information! This approach and style of lessons really worked for me and helped me to have a deeper appreciation and understanding of physics! I really looked forward to lessons despite how tired I was by the end of the week because I knew I would be learning something new each time! 🙂

Physics Cafe really helped me to get a clearer understanding of physics. It helped me to break the topic down into segments such that I was able to understand the subject better. The tuition fees are not cheap, but I feel that it is worth it 🙂